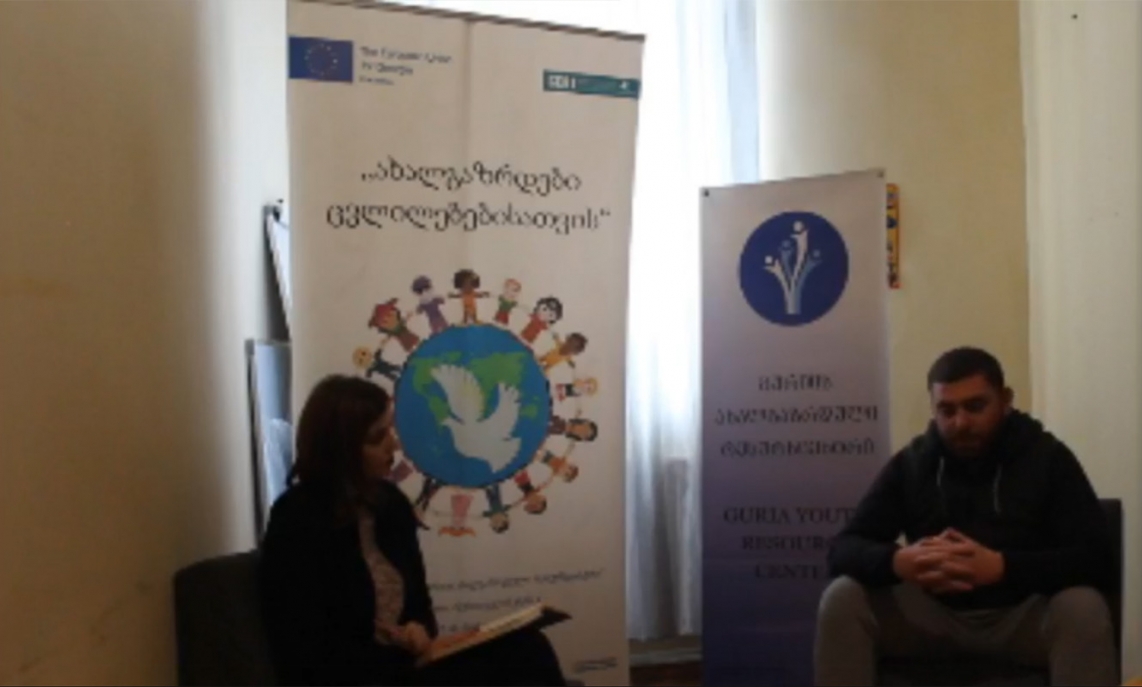 The video conference was held about healthy life rules in the framework of the project "Youth for Changes”. Our guest was Gocha Kalandadze, the coach of Ozurgeti Rugby Club "Artsivebi"(“the Eagles”). The aim of the project is to facilitate the rehabilitation of juveniles in conflict with the law living in the territory of Ozurgeti Municipality and activating them in the community. Project is implemented with the finance support of European Union which is implemented by Guira Youth Resource Center within the project “Promotion of Juvenile Justice System Reform” under small grant program.